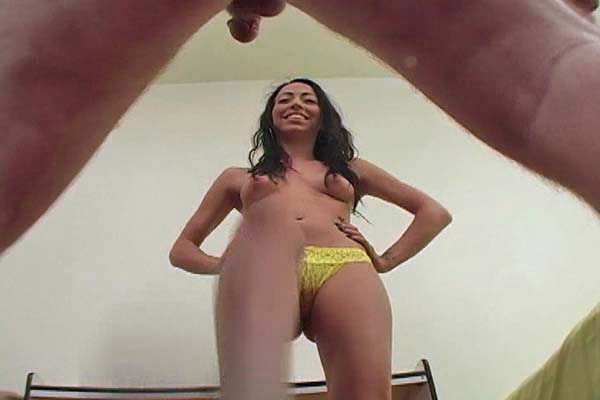 and she realized that she was dealing with a disturbed pervert who loves the pungent aroma of sweaty cheerleader butts.She immediately began kicking him in the balls for being a sleazy pervert and flashing him with her yellow thong panties after every brutal kick! Veronica Jett forced him to sniff her ass by sitting on his face and she made him clean her asshole after she had a long day of cheerleader practice!Veronica Jett began squeezing and punching his balls to nullify his fertility and she smothered his face with her juicy firm butt-cheeks!

Veronicas family lawyer visited her after cheerleader practice and he began sniffing her young tender buttcheeks while she was studying for a college exam. She felt him breathe down her ass cheeks